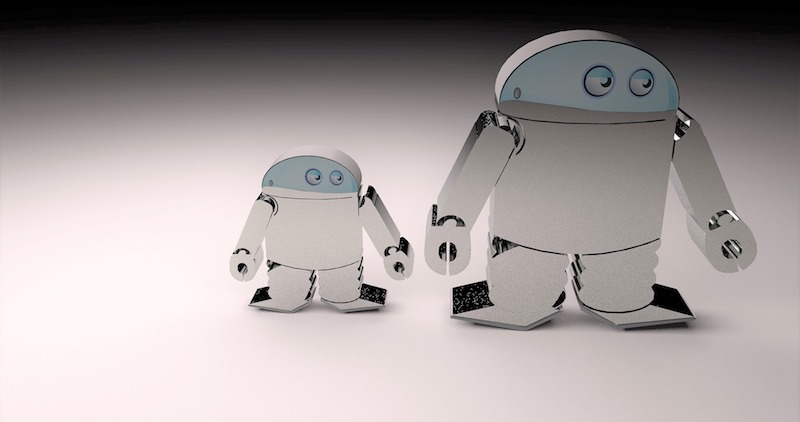 Computing pioneer Alan Turing created the Turing Test in 1950 to evaluate the success of a machine’s ability to mimic human behavior. A machine passing the test has to be indistinguishable from a human performing the same communication or task, to a human observer. As artificial intelligence (AI) continues to mature, the test remains an important benchmark for development.While we’re not yet capable of creating the likes of HAL, today’s AI can surprise you with personalized, unexpected, and human-like interactions. The magic of artificial intelligence lies in two key areas. First, natural-language processing uses sophisticated algorithms to analyze text and speech, allowing human users to speak normally. Second, machine learning uses enormous amounts of data across multiple experiences to adapt to evolving consumer behavior.With all the horsepower embedded within software-as-a-service, retailers can focus on the art of creating great conversational experiences. And a few design principles on 'botiquette' can help either make or break a bot. So how do you know if you’ve built a good bot or a bad bot?Here are 10 ways to evaluate whether you’ve made the most of the “conversational commerce” opportunity, or missed the mark with a robotic bot (no pun intended).

‍1) A good bot makes the first move: a warm, friendly hello followed by an introduction and a statement of purpose. This matters because (just like apps), there’ll be a bot for everything. It’s essential to set clear expectations with users about what the bot can do.A bad experience would involve just a salutation (hey, hi, ho!) but fail to explain its purpose. This leaves the human hanging and struggling to figure out which use-case is the most relevant one. Frustration ensues when the user asks for something the bot’s not set up to handle.

‍2) After the first introduction, a good bot only occasionally reintroduces itself or asks if the user needs any help (based on time intervals) or triggered by an event. It demonstrates a level of care and sensitivity when interacting with users.A bad bot continues to nag and annoy the user in pop-up style, until they finally engage. This will just drive the user to abandon the bot and disengage from the experience.

‍3) A good bot doesn’t go fishing for personal information (like contacts, address book, access to photos or files, etc.) unless it’s clearly explained previously or it does so only within a scenario that requires the use of that information.A bad bot attempts to exploit the user and harvest their information to invite others in a ‘growth hack’ way. This will destroy any semblance of trust, not just with the bot but with the brand as well.

‍4) A good bot remembers and understands the user’s context so that they don’t have to repeat themselves every time they engage. It’s a fulfilling experience when the bot remembers something specific (e.g. location, preferences, etc.) about you and gives you useful information based on that.A bad bot makes the user repeat everything all the time, making the experience feel like the user is being passed from one phone tree to another. This type of regressive experience disappoints the user and eventually leads to complete disengagement.

‍5) A good bot uses ‘progressive profiling’ to get to know you by gradually getting other relevant information over time and across multiple interactions. A smart experience compiles a fuller picture over time instead of going for a big bang approach, so that the overall quality of interactions is smooth.A bad bot asks the user to basically fill out an entire lengthy profile, creating a significant barrier to adoption. This is an onerous task for the user and especially if done at the beginning, it’s hard for most users to justify investing their time without getting a taste of the potential benefits.

‍6) A good bot balances or re-forms binary answer questions with effective Natural Language Processing to make the conversation flow at a suitable pace. People begin chats because they prefer to have interactive conversations. This makes for a pleasant experience which emulates the flow of chatting with another person.A bad bot makes the user answer a dozen yes or no questions, leading them to a ‘survey fatigue’ mode. By only asking binary questions, a bad bot makes the entire experience feel transactional and crude — essentially wasting the capabilities of the bot and leaving the user with a less sophisticated image of the brand.

‍7) A good bot inserts flavor or personality that’s consistent with the tone of the brand. Without going over the top with cheesy humor, a good bot maintains the voice of the brand to connect with users in an 'emotional' way.A bad bot is basically an emulation of a web form, without any character or flavor whatsoever. A bad bot forgets that it’s also a brand ambassador by making all interactions clinical and sterile.

‍8) A good bot uses CTA buttons and user-interface styling judiciously. It reserves them only for significant decisions (votes, actions, etc.) being taken within the conversation.A bad bot overuses styling and buttons, which ends up feeling too much like a monotonous series of calls-to-action. This can lead to an unnatural feeling within the ‘chat-based’ environment.

‍9) A good bot makes it easy to get context any time the user wants by providing easy access to “About the bot” or “About the brand” information, either within the bot interface itself or one degree removed. This lets the user get acclimated whenever they want.A bad bot creates an overly minimal experience that will leave the user guessing if the bot cannot deliver the information they want. Without providing access to greater context, the experience can seem incomplete and confusing to the user.

‍10) A good bot protects the privacy of the user; conversations between users and bots are protected and secured by administrative controls.A bad bot exposes the transcript of the chat to the bot admin or developers without any system-level security or compliance controls in place.This article was originally published on LinkedIn.