Take a trip to the North Pole and step inside Santa's Post-Purchase Workshop for a look at 3 things on every retailer's wish list. 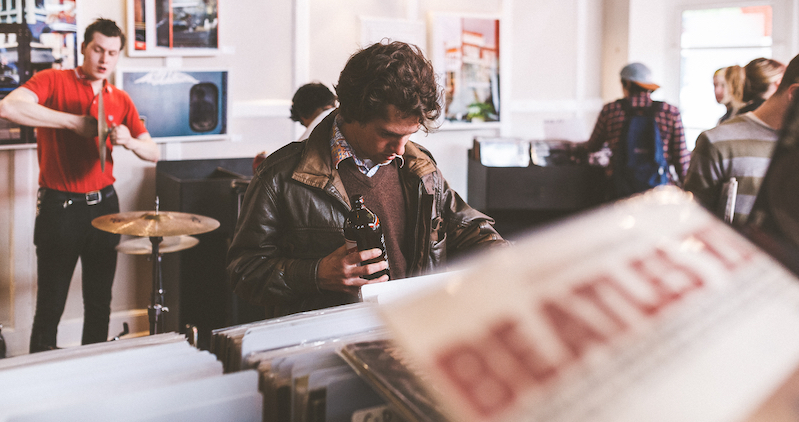 Tomorrow marks the 10th annual Record Store Day. If you’re not in the know, you may be thinking, “are record stores still a thing?” Not only are they around, independent record stores are thriving - and their success may offer some lessons for other legacy retail models which are struggling at the moment.

The decline of the record industry is well-documented at this point, and often serves as a cautionary tale for other industries facing a swell of emerging technologies and fickle consumer behavior. Napster trained consumers to believe that music should be free — and instantly available on demand.

Competition came on the physical side as well, with stores like Best Buy using music as a loss-leader to sell appliances; later more legitimate digital outlets like Apple used music as a loss-leader to sell iPods and Macs. At the same time they were trying to figure out the digital model, the record industry was reluctant to turn focus away from the traditional physical retail model which continued to generate the majority of their revenues (sound familiar?). All of this created a perfect storm which sank the ship.

In this environment, many independents struggled or folded - as did all the large well-established chains like Musicland, Virgin, HMV and the stalwart Tower Records who shuttered in 2006 after 50 years in business. All seemed as quiet as the grave. But then...

The number of independent record stores in the U.S. has grown 20% in the past 5 years.

The number of independent record stores in the U.S. grew 20% in the past 5 years according to AEC Distribution. How have they managed to turn business around in this era of music-on-tap from the likes of Spotify and Pandora?

Maybe it was the coffee, maybe the beards, perhaps a backlash against the virtualization of nearly everything in our lives, but sales of vinyl records made a resurgence in the last decade from just one million in 2005 to over 13 million last year according to Nielsen. This trend has certainly helped fuel the record store uptick, but aficionados could more easily source the product online, so that can’t be the only reason for the comeback. I can think of a few more:

‍‍BBC6 has been asking listeners all week to share their stories of records they would never have bought until they heard them in a record store or had them recommended by the staff there - and the anecdotes abound. There is a very specific brand personality expressed by each indie record store and its staff that resonates with their regulars. They become trusted arbiters and attract like-minded customers based solely on their editorial chops. Sometimes what you don’t carry is almost as important as what you do.

2 - Being scrappy with inventory management

It’s a little-known fact that much of traditional record retail was basically a consignment business. With terms as long as 120 days, record labels would often get wholesale returns of titles which did not sell well long before the invoice was ever paid by the retail chain.

Indie record stores must be extremely smart and nimble in order to maximize inventory based on their specific customer profile.

However, these economics generally don't apply to independent record stores, who are usually buying from middleman distributors (“one-stops”) under tight credit terms. This pressure leads to a need to be much more selective about what product to bring in, with a more frequent buying cycle for replenishment. Similar to Zara’s on-demand replenishment model but without the manufacturing element, indie record stores must be extremely smart and nimble in order to maximize inventory based on their specific customer profile, or risk sitting on boxes of product no one wants which is generally accepted to be bad for business. Also see “curating like a beast”.

This is the holy grail of brand expression: a clear signal to the tribe that this is a cool place to gather and spend time.

‍The best record stores are places you want to hang out in. There is so much to see and explore, that’s curated to your tastes, with knowledgable staff you can have deep conversations with. Think “High Fidelity” with less snark. By dint of this environment, you’re very likely to come together with the rest of the community that this store represents. This is the holy grail of brand expression: a clear signal to the tribe that this is a cool place to gather and spend time. And hopefully buy some music, t-shirts and other goods to help express yourselves. Hot Topic has done a pretty good job of replicating this type of lifestyle vortex, drawing in the misfits at the mall to geek out together.

Maybe spend this weekend listening to some Prince on the first anniversary of his death, or celebrating Iggy Pop’s 70th birthday. Or better yet, just go check out your local record store and take some inspiration from them. LL Cool J says “don’t call it a comeback” — but in this case we hope he’s wrong.