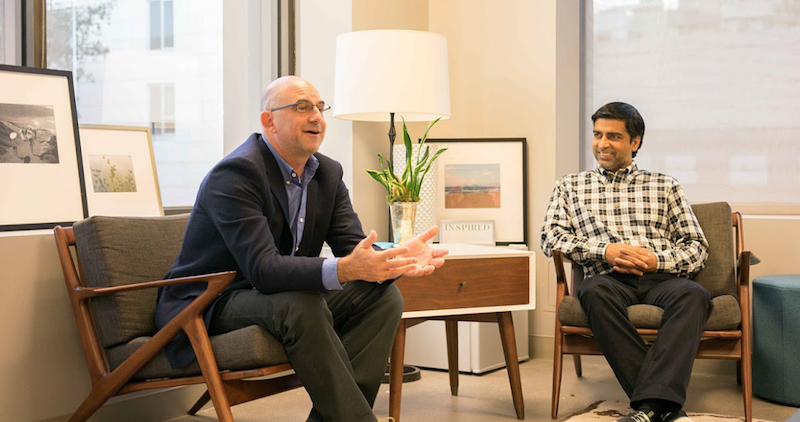 When it comes to successfully scaling a company, Scott Dorsey knows his stuff. He co-founded one of the earliest marketing automation platforms which helped create the category: ExactTarget. Within just three years, they had built the company to the point that Salesforce acquired them for an enormous $2.5 billion, and rebranded it as their Marketing Cloud.Scott is now Managing Director of High Alpha, a venture studio which spins up new enterprise cloud companies from their headquarters in Indianapolis, as well as investing in other high-growth companies across the U.S. Narvar was one of their first investments, and we were thrilled to have Scott be the first speaker at our new San Francisco office a few months ago. Since we are at a key point in our own growth, he shared some of what he learned from growing a company while maintaining and evolving the culture, including what it meant to transition from ExactTarget's signature orange to Salesforce blue.