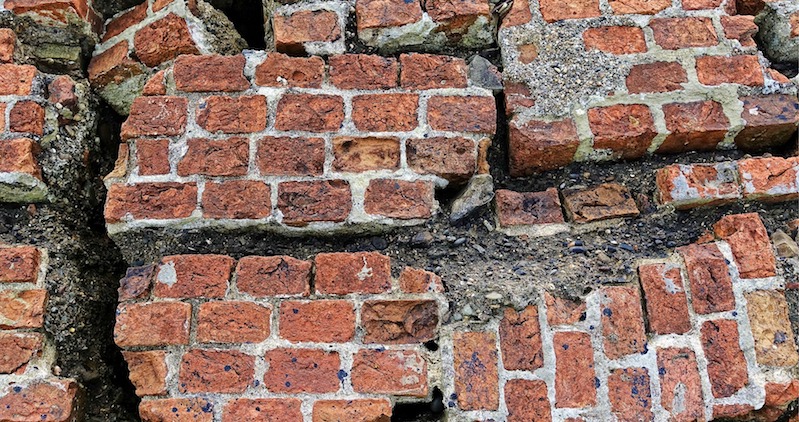 Overall holiday sales hit $91.7 billion this season—up 11% from the year before. That should be good news for retailers. So why are so many big-name stores shutting down or scaling back?

In the wake of this record-setting holiday season, the ubiquitous women’s apparel mall retailer, The Limited, confirmed it was closing all of its stores across the country and eliminating 4,000 jobs. Meanwhile, Sears is closing even more Kmart and Sears stores than they said they would just a few months ago. These are just two recent examples in a string of closures which makes it appear as if the sky is falling.

Where are shoppers going?

So where are people buying their clothes if not at malls? As you probably assumed, many are shopping online. For those who have been following online retail for decades, it may seem absurd that the shift to digital shopping is not yet complete, but analysis shows the ship is still turning.

U.S. websites sold $80 billion of apparel in 2015, according to an estimate by Internet Retailer in its 2016 report, Behind the Online Apparel Boom—an increase of 19.7% from the prior year. Some of that rise is connected to the expansion of Amazon’s marketplace, but their overall market share did not change substantially from 2015. Slice Intelligence reported Amazon’s share of ecommerce sales for the holiday season stayed flat at about 38% in both 2015 and 2016. Online sales for department stores, however, increased an impressive 19% year-over-year, mostly in apparel. Score one for the incumbents.

Off-price retail outlets like Marshalls and T.J. Maxx are another hotspot. Off-price buyers represent 75% of all apparel purchases, according to The NPD Group, a global information company. As Marshal Cohen, chief industry analyst at The NPD Group explained, “Off-price retailers are resonating with fashion and cost-conscious consumers alike, and are stealing department store business for good reason. Off-price is second only to the online channel in terms of growth rate.” NPD Group has found that shopping visits to off-price stores ticked up by 4% in the year ending April 2016, compared to the same period in 2015.

But it’s not all about price. Web-first upstarts which focus on customer experience and innovative business models like Rent the Runway and Warby Parker are also luring retail spending. This category claimed about $200 billion worth of market share from behemoth retailers in the five years leading to 2016, according to Deloitte. “Retail competition won’t come from the big box down the street or major e-commerce players,” noted Ron Sides, vice chairman, Deloitte LLP and retail and distribution sector leader. “It’s likely to be the small and midsized retailers that focus on niche products and experiences.”

Ultimately, the good news is that retail isn’t dying, even among legacy players. In fact, some of the store closures are actually optimizations: Chico’s FAS, which owns Chico’s, White House Black Market and Soma, announced it would trim 240 jobs and shutter 120 underperforming stores—but will also open 40 new ones. Macy’s announced it was closing 67 stores and laying off 10,000 employees in order to re-focus on its digital business.

Is there still a place for physical stores and malls in this online-dominated world? We believe so. Smart retailers are making the tough moves now to set themselves up for success in this environment. Instead of instantly questioning the health of every retailer who closes stores and feeling like the sky is falling, we should look at the broader strategy and applaud those who are rebooting their operations to meet the future head on.