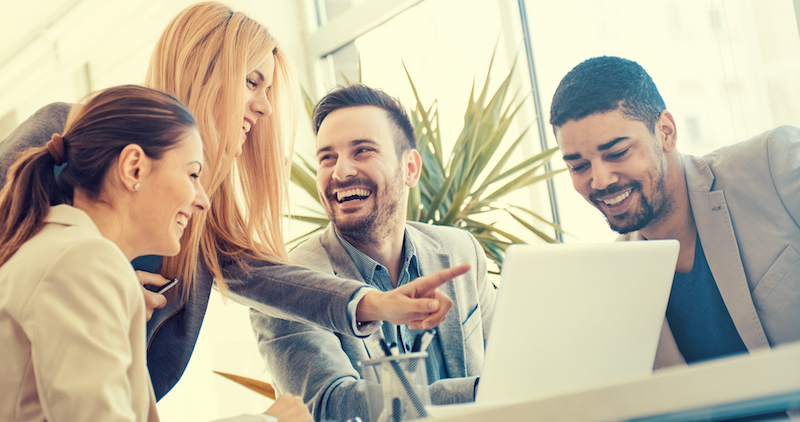 How to Walk the Culture Talk

Culture has been a perennial hot topic in Silicon Valley—important enough to be considered a differentiating factor in a company’s potential for success. How else can you develop identity and cohesion in the face of rapid change and exponential growth? Knowing this, entrepreneurs and executives have a lot to say about culture: They broadcast their mantras and core values everywhere they can. Yet these words mean little unless they’re practiced by the company as a whole, and that pervasive culture is what separates the enduring companies from the forgotten ones.If culture isn’t just a bunch of values or mantras, what is it? Courtesy of Google, here are a few definitions:[noun]

Unexpectedly, it’s the biological definition that seems most relevant. Culture is not just about designing an artful and collaborative office, it’s about cultivating and growing a complex and living organism: your company. Here are three major lessons I learned from working at companies with strong cultures like IDEO, Zendesk, Slack, and Narvar.

While your core values don’t make a culture in and of themselves, they can guide the growth of your culture in powerful and productive ways.

Early-stage startups often create strong cultures that become comfortable and precious to their employees. Over time they become protective of that culture, looking for exact cultural fits when hiring or expecting total assimilation for each new hire. Truly welcoming a new member to the team means welcoming not only their skills but also their cultural contributions with open arms.Even if we’re not consciously being protective of existing culture, we are naturally nostalgic and look for people who look, talk, and think like us: a phenomenon called self-representation bias. But giving into self-representation bias creates a me-too echo chamber, which ultimately is not conducive for growth.On the other hand, growing culture can’t mean sacrificing values. While your core values don’t make a culture in and of themselves, they can guide the growth of your culture in powerful and productive ways.Values should be specific and anchored in your mission. What are the things that you won’t compromise on? We’re talking about values like compassion and curiosity rather than cultural norms like weekly game nights, running together, or skiing together. Then, rather than using cultural fit for hiring, value fit can be your guideline, ensuring that culture will continue to grow harmoniously.

The strength of a small company’s culture comes largely from the shared experiences of each member and the great investments they make in the company’s success. That collective sense of ownership naturally creates an environment for culture to develop and define itself.However, as the company grows and new employees join in more specialized roles—without having shared in the early growing pains—they may not feel the same sense of ownership over the culture. Instead, they’ll feel like they’re just following a set of rules they weren’t involved in defining. Perhaps they’ll feel pressure to play along in order to be successful.This feeling of follower-ship (rather than ownership) can create divisions that prevent teams from performing at their full potential. Enabling ownership starts with leaders who are self-aware, who recognize that even though they may have founded the company and/or grown it rapidly, the path forward cannot be traveled alone. It takes courage to let go and empower others regardless of whether you think you have the right answers or not.

Mix the old with the new.

While it seems easier to describe and visualize your company’s culture, it’s harder to ensure that it’s embraced evenly. As companies grow larger, concentric rings could form around leadership teams and cultural norms may not spread evenly. When insider rules start developing, fairness goes right out the window and employees will treat your culture simply as lip service. This skepticism soon turns into cynicism and ultimately affects how you collectively perform against your mission and business goals.Don’t just seek out the groups within your company that have the loudest voices around cultural norms. Actively mix the veterans with newcomers to create a group that will take the company forward instead of just amplifying the loudest voices. Let them share and make them models.As a cultural influencer, I’ve learned that the most important values for cultivating culture are humility, fortitude, and open-mindedness. Humility reminds us that, even though we may have been there first or have the clearest vision for the company’s future, our company’s culture must constantly evolve with everyone’s input. Fortitude reminds us that cultivating culture takes time, effort, and patience. Even in the company’s darkest days, a steady hand and strong values can help you weather the storm. Open-mindedness allows us to be empathic and see past our own preconceived notions and biases.It's tempting to communicate, rinse, and repeat. But nothing beats leading by example. Grow, don't set, the culture; give ownership, ensure cultural equality—successful implementation of these lessons requires feet on the ground and active, everyday involvement. Humble, patient, and open-minded hands can create thriving cultures, whether in a petri dish or in a successful company.

The strength of a small company’s culture comes largely from the shared experiences of each member and the great investments they make in the company’s success.

This article was originally published on Forbes.com.