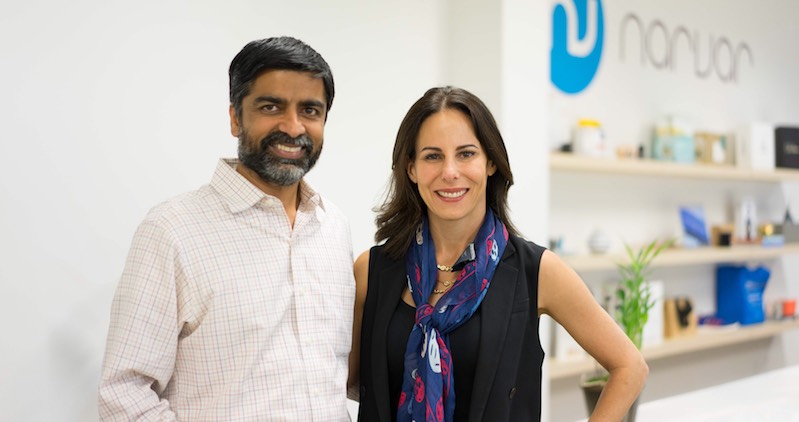 Narvar regularly invites industry leaders, market innovators and investor partners to come over to our offices for a casual fireside chat. Jenny Lefcourt joins us for our very first session to talk about her road to investing and how her experience influences the qualities she looks for in a company.

Jenny Lefcourt has been part of the Narvar family for a long time. As a partner in Freestyle Capital, she’s been instrumental in three rounds of funding, including the all-important Freestyle-led seed round. With Freestyle’s support and Jenny’s guiding influence on the board, Narvar has grown tenfold in two years, continuing on an exponential path through 2016 and beyond.Jenny’s interest in Narvar comes from over 20 years of her own entrepreneurial experience in the valley. In 1998, when “Amazon was taking over the world and scaring the crap out of Barnes and Noble,” Jenny asked herself at the Stanford Graduate School of Business, “what don’t you need to touch and feel to buy?” Her particularly perceptive answer was wedding registry gifts. “If you’re registered for something,” Jenny explained to the Narvar team, “I don’t really need to see the vase. You want it, it’s the price point I want, it’s the perfect thing to click and ship.”

“If you don’t change, consumers will change on you”

Instead of going the Amazon way, Jenny and her partners opted to work with existing retailers, not against them. From that idea, Della & James (which later became WeddingChannel.com) was born, an aggregator for gift registries, allowing couples to combine registries across multiple storefronts. Funded by Kleiner Perkins, the idea was a success--motivation enough for Jenny to drop out of Business School and turn to entrepreneurship full-time.According to Jenny, WeddingChannel.com’s resonant message to retailers was “Hey, there’s a new way. There’s something that’s happening out there and you want to be a part of it.” In 1998, that new way was simply internet presence and availability. Today, Amazon still continues to “scare the crap out of the retail industry” with its gigantic scale and constant innovations in faster, more convenient shipping and returns. Competitive solutions are likewise complex, but retailers need be a part of these innovations to survive. Without Amazon’s technological prowess, independent retailers need the help of trailblazing startups to find better ways of providing stellar service and figuring out what customers want.

In 2014, Jenny and Freestyle Capital were seeing 15-20 funding pitches a week. Many of them were around final-mile delivery services. They each addressed certain challenges retailers faced, but there were so many that Jenny “just couldn’t be a believer in any one of them…[they felt] like a commodity at some point.”For Jenny to commit to an investment, she has to see depth and potential. “We invest in things that can be huge,” Jenny emphasizes, but while many startups can pitch an attractive product or a compelling vision, very few can execute on both. Having both a successful short-term product solution and a long term roadmap is a prerequisite, and beyond that Jenny also asks herself, “does this team have an unfair advantage?” Do they know the space better or have more connections than anyone else pursuing the same problem?Culture is another critical factor to Jenny and Freestyle. As a founders’ fund (with sixteen startups to the partners’ names), Jenny fondly remembers the days when there wasn’t enough headcount to get things done. Jenny told all Narvar employees, “the rest of you are also entrepreneurs...you are all working on something for the first time, and for whatever doesn’t make sense, you have two choices: you can say ‘this is stupid’ and go home, or you can say ‘I can fix that’ as the creators of this company.” A company infused with this culture is empowered to tackle the constant stream of surprises that come as you push the bleeding edge of technology or consumer behavior.These guidelines help identify the people most fit to weather the inherent risks of starting a company. Jenny’s recent investments, including Nestio, True Facet and of course, Narvar, are poised to blaze new trails in their respective markets. All combine a strong and effective first-gen product with a long term roadmap and unique advantages, and all operate one step ahead of changing industries.You can follow Jenny on Twitter @jennylefcourt, or Narvar @narvarinc.